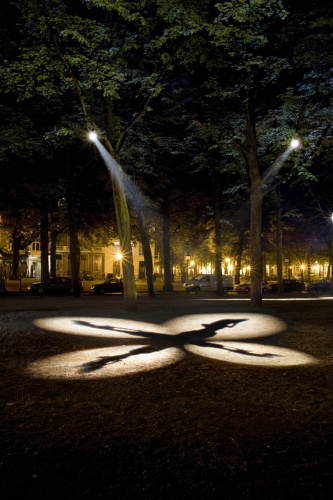 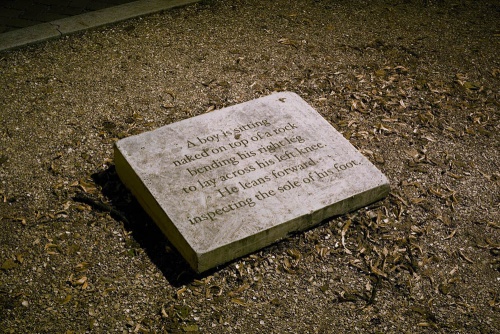 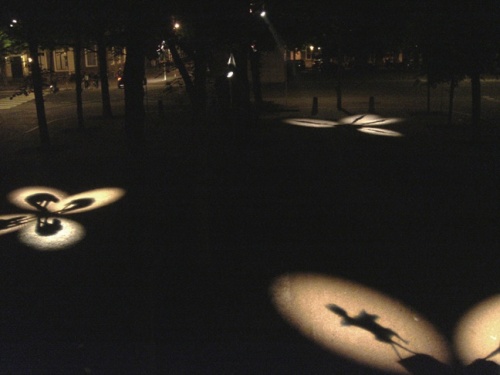 Commissioned for Den Haag Sculptuur’s public art exhibition Freedom in 2008, Rapprochement Phrase was installed in a tree filled park. To be viewed only at night, spotlights were cast down from theatrical lights hidden in the trees. Each set of spots depicted the shadows of an absent sculpture.

The forms of the sculpture were derived from existing statues of a lone children that were on view elsewhere in the city by day. Adjacent to each cast spotlight sat a small plaque describing the provocative and oblivious stance held by the isolated child.