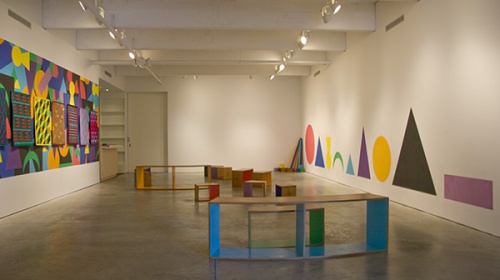 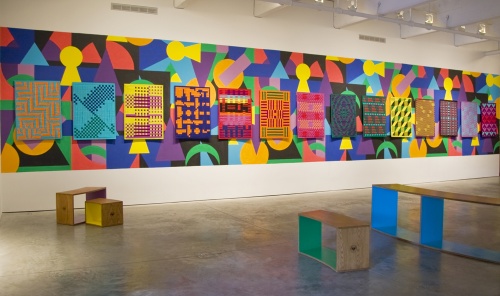 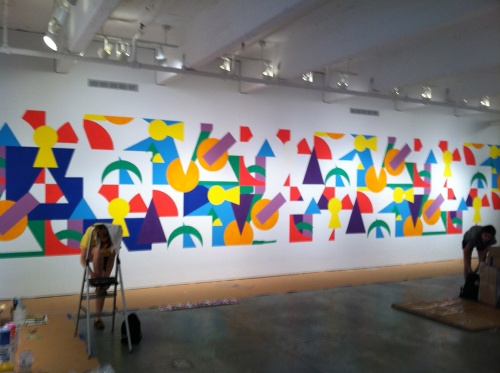 Patterning Independence included an installation and an event that took place as part of the Sequential Bodies at Tracy Williams LTD in 2011. One event was a mural, the other was a dance performance

PATTERNING THE INDEPENDENT BEHAVIOR OF LANGUAGE was a set of instructions for a mural to generate a decorative pattern using the Montessori Grammar Symbols.

PATTERNING THE INDEPENDENT BEHAVIOR OF MOVEMENT was an exercise in observing the symmetrical movements of our bodies and the patterns we make when we form them together.