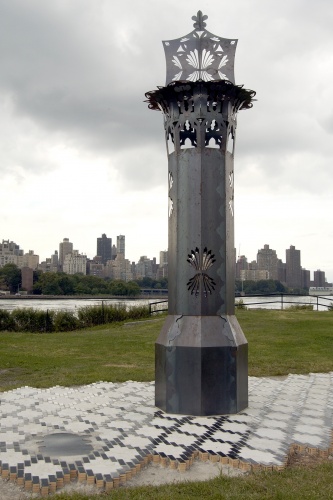 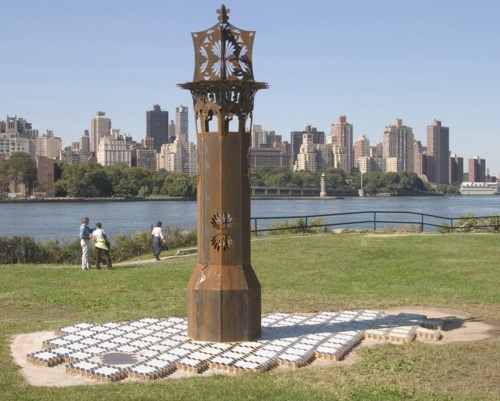 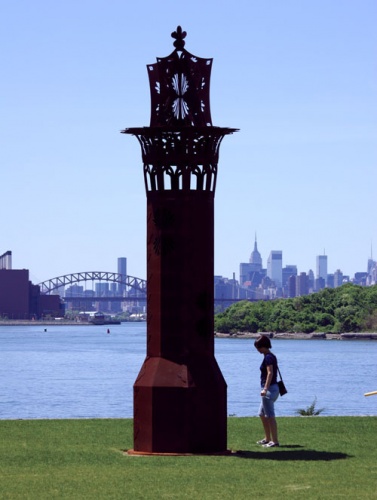 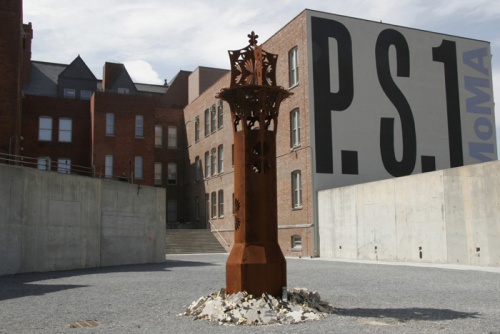 Lo! The Fiery Whirlpool is a 22 foot laser cut steel sculpture on a brick platform. Commissioned for Socrates Sculpture Park in 2004 the work was also shown at PS1 in Queens as part of Greater New York 2005 and at Barretto Point Park in the Bronx in 2007.

The structure is based on the victorian gothic lighthouse at the northern tip of Roosevelt Island, visible across the water from Socrates Sculpture Park. The original marker for this structure is rumored to have been built single handedly by an patient at the lunatic asylum located on the island in the 19th century. In its short life outdoors oxidizing from freshly forged steel to blazing red rust, Lo! The Fiery Whirlpool was a monument to this folklore.