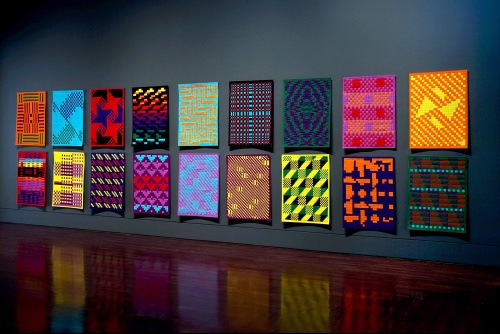 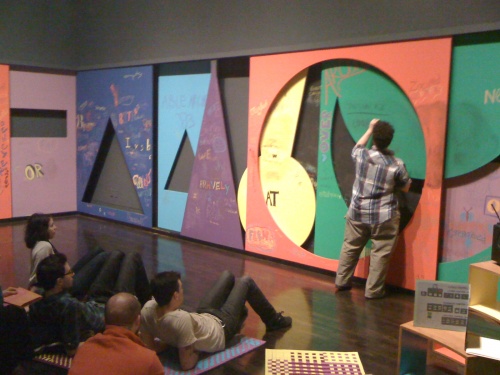 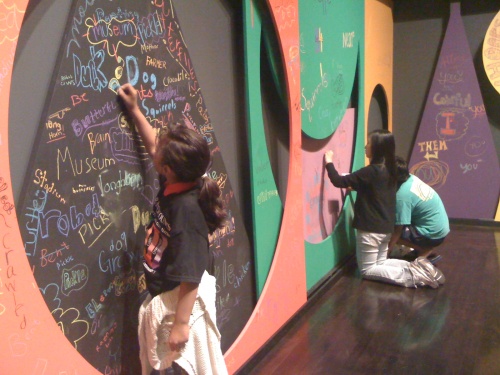 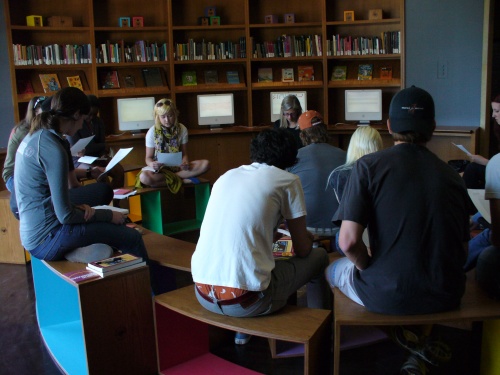 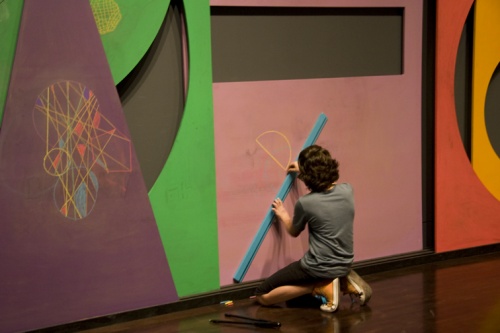 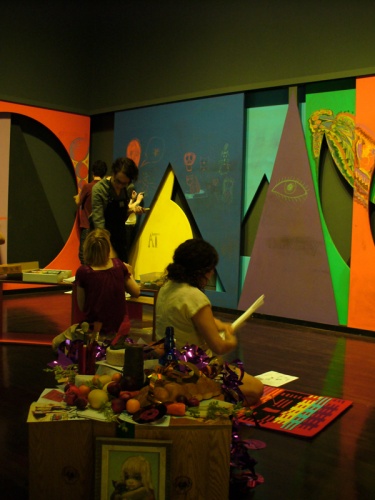 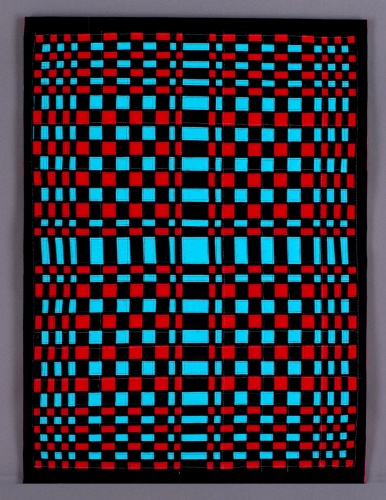 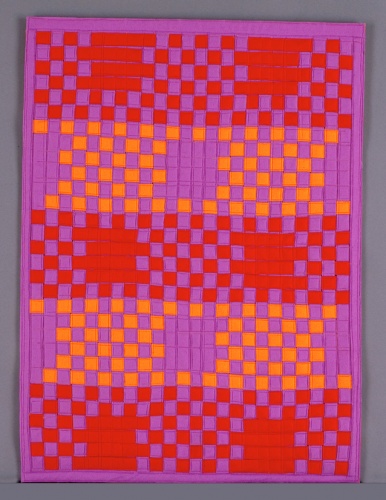 Subject of Learning / Object of Study

Subject of Learning / Object of Study was on exhibit at the Blanton Museum of Art in Austin Texas from March-October 2010. The works on view were based on the pedagogical tools of Johann Heinrich Pestalozzi, Friedrich Froebel, Maria Montessori and the Bauhaus. During the run of the show Artists and Teachers were invited to hold performances, classes and workshops in the space – making use of the aestheticized tools on display.

The exhibition included a large mural wall didactic, a collection of 18 woven felt rugs, an 8 foot tall sliding chalkboard, benches, chalk, a curated library of pedagogical texts, and the computer program  Robot Pedagogue  created for the exhibition by Angie Keefer, Aaron Gemmill and Rob Seward. Workshops, university classes and a variety of performances and events were held in the galleries for the run of the show. These were lead by visiting artists, local artists, university professors and librarians – including Lisi Raskin, Jessica Dickenson, Jill Magid, Sam Gosling, and Mary Walling Blackburn.